WG very much wants to control the WR - to make it harder for the players. As a player it would be nice, but again, that is not the money making route. This is not a complaint in the least.

RommelTanker, on 30 April - You need to either explain what I have bolded above - or stop with the nonsense of how you think that MM works. WG has repeatedly told us that the MM for Blitz does not use any player stats or metrics at all whatsoever. So it cannot be "based on what is called Battle Tier".

BorisBaddenov, on 30 April - There's also vehicle weight, which is a big mess of numbers and percentages, but basically it acts as the balancing factor. Each team has to have a "weight" that is roughly the same. So those teams at Tier X with 2 Deathstars, rest assured the mm said that that was balanced and fair. That's not Blitz my friend. Each vehicle, depending on its performance, type, and tier, is assigned a certain subset of these battle tiers that it is supposed to fight in.

However, players often confuse battle tiers and their vehicle's tier. The matchmaker does not try to match vehicles by vehicle tier. Basically, Battle Tier does exist in Blitz The way it works in Blitz is that Battle Tier is assigned to each vehicle, and that basically gives it the Min and Max tiers that it can see in battle All the vehicle weights were set to the same number, so that didn't effect anything. Basically Battle Tier in Blitz was just a way for the computer to pre-sort out which tank could get pulled for which battle.

It just doesn't really do anything past a pre-sort of tanks and where they can slot in for Match Maker. And I mean, maybe they had to keep it simply for the Valentine and the B But, yes, technically it was in Blitz It was the way the developers would tell us which tanks would get pref Match Making. You'd have to ask Ribble if it still exists in the game or not.


He may know the answer. Looking for a tournament clan? Community Forum Software by IP. Increase dynamics and specific power from 14 to Overall improvement of the technical characteristics. Improved gun handling parameters. 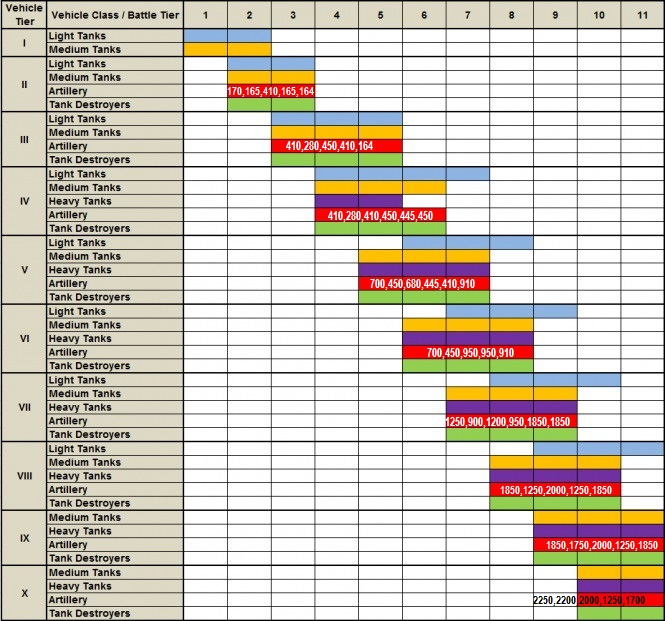 Minor improvement of the vehicle that does not require major adjustments. Review the vehicle armoring; make minor improvement to overall armoring possibly. Players feel rather negative about this vehicle. That's been the idea from the start - you grind credits and feed T10 at the same time. They are still selling the vast majority of the tanks that are causing issues - and even reintroduced tanks, the JT8.

They even started telling us a few months back that they wanted to make the PMM tanks competitive, and were trying to figure out how removing PMM was deemed the most appropiate solution. The logic is that most would prefer not to play a "T7,5" tank in T8, seemingly implying that this is what more 'dedicated' players would prefer.

It's no secret that e. If you ask me, they'd be better off removing all PMM tanks two years ago. That's literally what their policy was supposed to be in May , and part of why they removed the Last time I bought it on discount after they announced they would be offering a full refund, and I got the full price back. I have one, it's even on my stats. Humansland, on 25 May - Well they said mid tier and up at first did they not?


Tog II is one of them. As even with a 20 pdr and 3K dpm. It's not gonna be ideal for it anyway. Same with the KV as it's turret is auto penned by tier 6 guns as is. So vs tier 7 guns, it won't do much. And buffing the amor will just break it when top tier. So there is that. Tier 7 TD's have to low alpha to work on tier 9. Even with more pen, the alpha is to low vs tier 9 targets.